We will know the worth of water, once the wells dry up 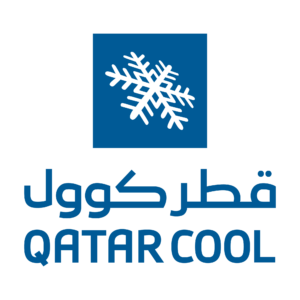 While we are familiar with this adage we do not take it seriously, particularly in the Middle East, where Natural water is scares. We do not focus on water obtainability and shortages which affects individuals, communities, businesses and the environment.

One of the most under estimated technologies is district cooling, in terms of water conservation, coupled with chemical technology it is a force to be reckoned with.   Qatar District Cooling Company ‘Qatar Cool’ and its subsidiary CoolTech Qatar work in tandem to produce the most environmentally sustainable solutions to conserve potable water.

The two entities have been at the forefront of driving the governments initiative to conserve fresh water in the state, by converting the use of potable water to a more environmentally friendly substitute, Treated Sewage Effluent (TSE).

Qatar Cool has successfully introduced TSE into two of the cooling plants in West Bay, using the waste water in the plants make-up water. Several parameters were considered in the planning stage of the conversion, one of which was ensuring the discharge water complies to the environmental standards which was a major factor, whilst ensuring the functionality and preservation of investment of the cooling plants remain intact. Furthermore, and at the forefront of the planning was to ensure the same standards and comfort delivered to the customers was maintained.

Whilst there are technical factors to consider during the conversion we too had to look at the chemical implications the switch would bring.  TSE being sewage water by nature is susceptible for the microorganisms to multiply exponentially and create slime, which can block condenser tubes, reducing chiller efficiency. Additionally, the high ‘total dissolved solids’ in TSE will increase the conductivity levels/corrosivity, and microorganisms will promote microbiologically induced corrosion (MIC), due to their metabolic secretion of corrosive acids, especially under deposits. Moreover, phosphates in TSE (mainly due to the detergents in the sewage) will act as food for the microorganisms.

Consequently, the conversion to TSE posed many hurdles from a chemical standpoint.  In this turbid situation CoolTech Qatar devised a chemical treatment program which would be implemented in stages, these stages would emphasize on three main factors.

The first factor is the ‘chemical treatment program’ which would focus on the corrosion and scale inhibitors, the bio dispersants and biocides and pH correction.  The second factor is the chemical application which takes care of the continuous addition and shock dosing of various chemicals.  The third and most critical factor is the ‘monitoring program’, focuses on the corrosion and micro bio study, the online product residual measurement and the frequent water analysis.

During the process, all three factors were equally addressed, priority was set to anticipate any variations. During the course CoolTech Qatar strengthened the micro bio program by varying the stress on the microorganisms. TSE water showed fluctuations in phosphate residuals, especially during the summer period when detergent usage was at maximum.

The operating results in terms of corrosion rates were well within the acceptable limits (quite similar to potable water conditions).  Microorganisms were controlled with effective biocide additions where the cooling plant operations remained the same.

A blessing in disguise, it was revealed that using TSE water would allow the background phosphates in the make-up water to be utilized as a corrosion inhibitor, thereby reducing addition of corrosion inhibitors.  The need for fresh pH correction chemicals was reduced due to the pH levels of the TSE water being relatively near neutral.

Apart from the mentioned benefits, the sue of direct TSE proved the following substantial savings. It eliminated the need for a reverse osmosis (RO) plant, which in turn requires the allocation of space/land. The CAPEX and OPEX associated with the installation of the RO plant was removed and in addition the need for maintenance, and handling rejects of the said plant was not needed.

It is Cool Tech’s experience that paves the way for a smooth transition from potable water to direct TSE as make up water to the cooling towers. A suitable scheme of the chemical packages, along with the seamless application and monitoring clearly made the change over smooth. Now the plant operates the same way as it used to with Kahramaa water, whilst saving potable water continuously for the nation.